I made it back.

Well the place in Terlingua was still there,my 4-wheeler  and generator started right up after setting with gas in them, that Sea Foam is some good stuff for using in gas.
I learned how to take a picture of the moon out there. I've tried for the longest time trying to get a picture of it but they always came out washed out. That moon came up and I started taking pictures of it and they were washed out and in this old fried brain of mine a light went off and I thought if the damn picture is washed out, you need to set the camera up to take a darker image of that damn moon and I did and presto I got a good picture of the moon. I'm a slow learner on some things. 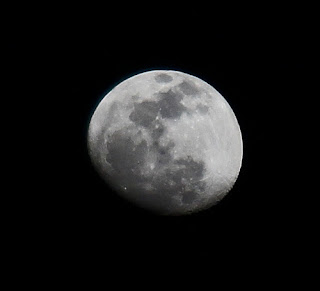 I did something out in the desert I really didn't think I would ever do, I put carpet in a dang boat out there for a friend of mine. I should of had a contest to see if anyone could have guessed it. The next day he came over to my place and put gravel over my roads and dressed up all my trails for me. I thought that was a hell of a deal. I worked around an hour at his place and he spends all day at mine.
I think I might have had a Mountain Lion hanging around what I call Yucca Flats on my place. There is an area that he used to take his dumps in if you know what I mean, big piles of poop, its old poop so I guess he moved on,I hope. 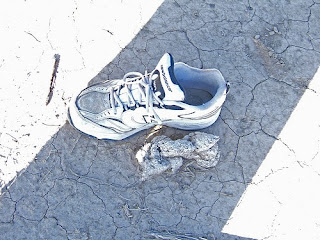 I did do some work on Yucca Flats, I trimmed up a couple of Mesquite's and moved some brush out of the way, its ready for someone to come camping on now. I almost moved my trailer down there after getting it all cleaned up but decided it would be way to much trouble to move so I'll leave it for camping. 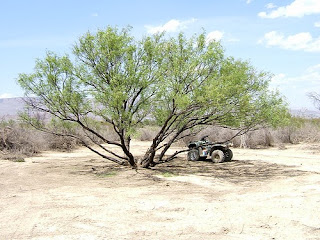 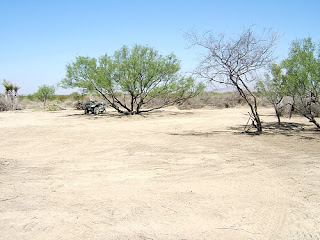 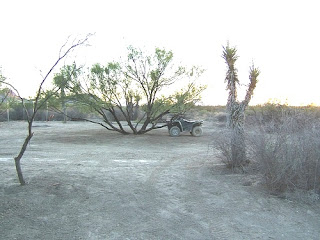 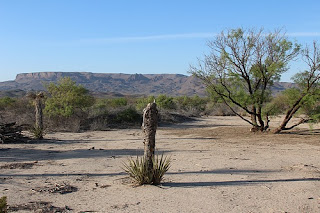 Those Javelina came out in force to the feeder. I had to go out at night to tell them to quit fighting so I could sleep, they told me to shut up and get more corn. 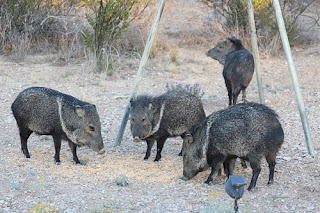 The sunrise and sunsets were really pretty as usual out there. 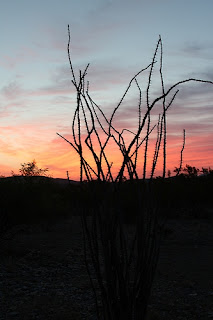 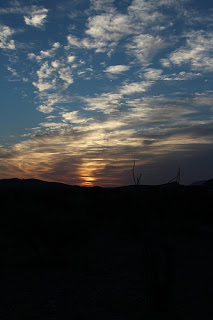 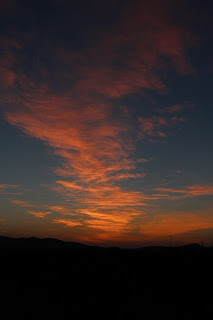 About all I did was work out there I wanted to stop off and see John Wells of the "Field Lab" and David of "Terlingua or Bust" while I was there but never made it. There is going to be a big party out there June 1st and I'm really going to try and make it. If I do I'll make a point to see John and David then. 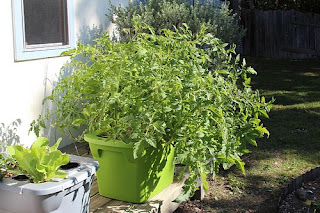 This is after trimming it doesn't look like I trimmed it but I did I can see into it now. You can see my lettuce in that other tote.


This is one of my clones. I just cut the limb off the the plant and stuck it in one of my buckets with running water on it and it took off. 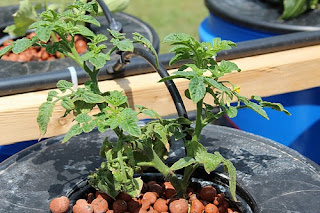 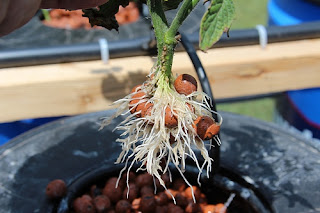 My 5 gallon bucket tomato is doing OK I opened it up so much showing people the root system
I broke off the main stem. It had a small sucker growing below where it broke off so I just left
it to grow and I have almost broke it off but its loaded with tomatoes so I'll leave it alone. 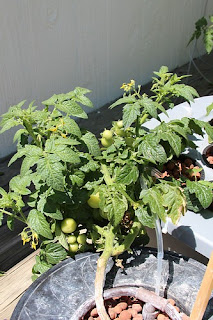