Well I did get the drain unstopped but I hurt my back lifting the damn elec. snake out of the truck. The guy at the rental place told me I needed a snake for a 4 in. drain. That snake should had been mounted on a trailer. It took all I had to get it out of the truck. Now this is where the dead brain cells fall into place. Instead of going around back & seeing what size drain I had and then unloading it. I just unloaded it and then checked. Guess what? Its too damn big for my drain. So now I'm stuck trying to get it back in my truck. I grabbed it & gave it a all I had. The only thing I felt was a nice little pain in my lower back. Here I was standing in my driveway staring at this damn thing wondering how in the heck am I going to get it back in my truck and letting my back try to get back in place. Well my ole buddy Bob is backing out his drive & looks back and sees me staring at this big mass of steel. Ole Bob backs down the street and asks if I need some help. Now you see I weigh around 220, ole Bob about 120. He gets out of his car and comes an gets on one side & me on the other. We give it a lift and my side is the only on moving. Ole Bob looks at me an says damn that thing is heavy. No sh-t Bob. Well he goes and gets his wife & between the 3 of us we get in the truck. I take it back & tell the guy at the rental place that its to big & he gives me one about half the size. It worked great had it unstopped in 5 minutes.
Now I walk around staring at my feet. Maybe I will be able to straighten up again one of these days, probably about the time the wife stops the sink up again.
Posted by Jim at Saturday, November 27, 2010 1 comment:

Woke at 6.00 this morning ran cleaned the smoker up & got a brisket smoking by 6:30. Should be done around 6:30 tonight. Then I have to put a damn turkey on & smoke it. I hate turkey. The only thing I have not tried to make it taste good is to roll it & try smoking it like that. I just would not feel right going into the store & my ole buddy that owns it asking me what the hell I need rolling papers for. Oh I'm just going to smoke me some turkey.
I have a gripe today well I usually have more than one. My other half thinks a dang garbage disposal is a wood chipper. She stops the sink up about every 2 months putting something in there. So I'm off to the rental place to get a electric snake.

How would you like to be the owner of this pizza place.

AMHERST, Mass.—A man wearing a Bob Dylan backstage pass who ordered 178 pizzas from a Massachusetts pizza parlor has left the restaurant blowin' in the wind. The man walked into Antonio's in the college town of Amherst early Saturday morning shortly after Dylan performed at the University of Massachusetts and ordered $3,900 worth of pies.
He said he would return in several hours and deliver them to Dylan's crew. But he never returned and the manager called police.
Restaurant employees stayed until 5:30 a.m. making the pizzas.
Antonio's owner Walter Pacheco tells The Daily Hampshire Gazette his workers had no reason to doubt the man worked with Dylan but "got taken."
Pacheco said he gave some of the pizzas away, but had to throw out most of them.

Reading some papers online an came across this one.

The mystery surrounding a teenager found dead next to a burning truck in Fabens last month led deputies on an investigation fit for a TV crime show.
When deputies responded to a vehicle fire about 1:30 p.m. Oct. 2 in the sandy terrain and bushes of San Felipe Park in Fabens, they found the body of Christopher Morales, 19, lying in a fetal position next to a .22-caliber rifle. They also found 78 bullet holes in his burnt truck and nine bullet wounds on his body, deputies said.
Detectives immediately said there was nothing to suggest that his death was linked to drug cartel violence. Two days later, investigators at the Medical Examiner's Office agreed.
They concluded that Morales shot himself with a rifle and ruled his death a suicide on Oct. 4, according to Morales' autopsy report.
On Morales' cell phone, detectives said they found pictures he took of a fake kidnapping. They also found video footage of Morales buying a gun at Academy Sports & Outdoors. Detectives came to the conclusion Morales planned his own death, possibly as a way to hurt his 17-year-old ex-girlfriend, deputies said.
Morales' parents could not be reached for comment.
For Morales, the turmoil began when his Socorro High School girlfriend broke up with him, according to witness statements. Not long after the break-up, Morales, a former Radio Shack employee, bought a high-tech smart phone and used it to send her text messages from "spoof" numbers, sheriff's records showed.
He texted her about 100

Advertisement
times a day from various numbers. His ex-girlfriend did not suspect he was sending them until the night she received a message from her grandmother's cell phone as her grandmother sat next to her, according to her witness statement. The girl then peered outside and saw Morales' truck parked near her grandmother's property, the statement said. Every time she received a message on her cell phone, a light lit up in the truck, her statement said.
Not long after that night, Morales sent his ex-girlfriend a message telling her goodbye.
Then, on Oct. 1, he went to an Academy Sports & Outdoors store and bought a 17-shot, .22-caliber rifle for $159.95 and a box of .22-caliber bullets for $9, according to a store video. He made the purchase at 10:17 a.m., the video showed.
After that, Morales rented a room at an East Side hotel, deputies said. While he was there, he took a picture of himself awash in blood and strapped to a chair along with a message that said a local criminal group had kidnapped him, deputies said. He sent that picture to his ex-girlfriend, deputies said.
The next day, deputies found his truck on fire and him lying dead next to it.
Detectives spent three weeks after Morales' death collecting evidence and conducting interviews. One of those interviewed said Morales was a fan of "Criminal Minds" -- a TV show about a team of investigators for the FBI's Behavioral Analysis Unit, according to a witness statement. Morales believed it was possible to commit the perfect crime, the friend said.
During their investigation, detectives found only Morales' fingerprints on the gun. Their investigation also showed that only Morales' shoe prints were in the area of his body and the truck, detectives said.
Morales was able to shoot himself nine times before he died because a .22-caliber gun is not a high-powered weapon, medical investigators said. Those investigators recovered several bullets and a bullet fragment from his body. The bullets were all embedded in his upper torso, according to Morales' autopsy report.
"If you have a lower caliber gun, it's not going to do much damage when it goes in ... that's why some people live when they get shot," said Annabel Salazar, lead investigator for the county medical examiner.

Now ain't that something.


While we are on the dumb subject might as well give a few more.

NEW YORK—Police in New York City say thieves held up the owners of a pizzeria and then fled with a bag of full dough—the kind that crusts are made of. Police say Salvatore LaRosa was charged with robbery after surrendering to police.
According to court papers, LaRosa and an accomplice followed the owners of Brothers Pizzeria on Staten Island. After donning masks, the papers say, they pointed guns and demanded the men turn over a bag they believed held the day's proceeds.
But instead, the bag was full of pizza dough.
LaRosa was released on $1 million bail on Monday. His attorney, James Froccaro, declined to comment.

AIKEN, S.C.—Police in South Carolina say a man attempted a slow getaway by lawnmower after robbing a convenience store. Aiken County sheriff's deputies told The Aiken Standard the man left the store on a riding lawnmower Thursday morning but didn't get far before he was arrested.
Capt. Troy Elwell says Ricky New has been charged with assault and battery, first degree and armed robbery.
Investigators say the suspect beat a store clerk with a stick during the robbery. New was being held at the Aiken County jail. It wasn't yet known if he has an attorney.

Woke up this morning thinking about family. I have lost my whole family in the span of 3 years. Funny they all thought I would be the one going first. I was pretty wild growing up and really didn't think I would make it pass 40. There are times I wish I had a time machine just to go back and relive some of the good times we had. Upcoming holidays always make me think about family.

Sitting here thinking about what I need to do today. Have some rocks I need to blast, a few for ole Ben & one for customer. About have enough to set my equipment up. I need to go buy a slab of limestone for another project that has been on the back burner. I'll draw them up today and start blasting Monday.
Its hard working out of my garage every time I open the garage door its like cattle coming to feed. I have neighbors coming from all directions. When I get that slab of limestone I'll need one to help me unload it and set in my blaster.
Speaking of neighbors one just showed up.
Posted by Jim at Saturday, November 20, 2010 1 comment:

Ole Ben In Texas has been after me to start a blog. So I thought I'd give it a shot.


Me I'm just another ole fart waiting for my other half to retire so we can move out to my place out by Big Bend.
I go out quit often and enjoy the peace & quit. I have some Javelina that hang around the place. They keep me company while I'm working. If I'm not working I'm 4-wheeling with friends 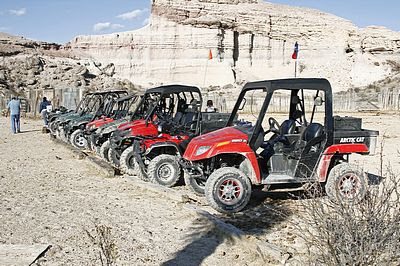 When I'm home I mess around with some wood working or my rock working or some photography. 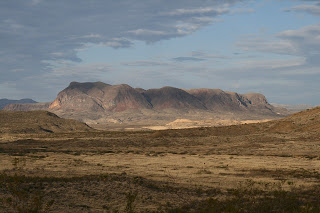 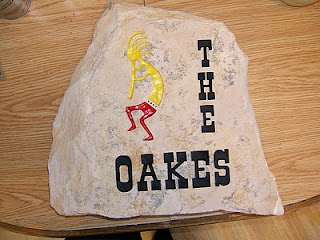 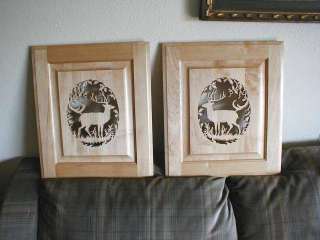 I mess around doing all kinds of things. I don't like to set still.

I guess I best get a move on set still to long. Be back later.