Me And The Critters


I posted before that I started feeding the squirrels to keep them from biting my dang tomato's and it's worked really well. I have some that comes up and takes a pecan out of my hand and hangs around and kills time. What I didn't realize was the lessons they have taught me in nature. I'm always going 100 miles an hour and just didn't stop to pay that much attention to nature. 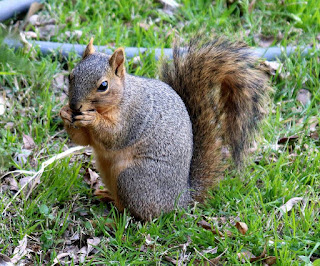 I didn't realize that while I'm feeding the squirrels that other critters are watching us. The blue jays noticed that I have some goodies that the squirrels like so they decided to come in for a closer look and see what the dang squirrels are eating and they started hanging around and eating pecans with the squirrels. I set up the game camera for the heck of it and put a pecan on my floor. The blue jay came right in to get it. 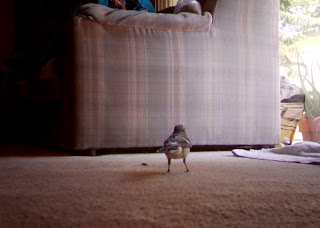 As you can tell I get pretty bored around here.

As time goes by I get to thinking enough is enough with these critters in the house they are getting to comfy in here. 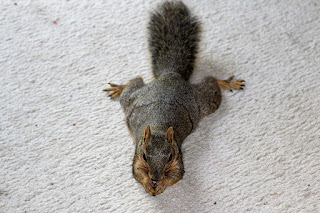 So they are not allowed in the house anymore except 1 more time a little later on in this story. 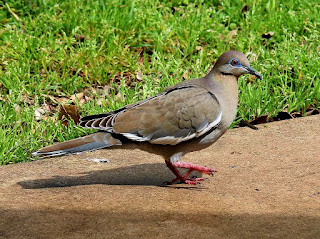 A little more time goes by and the next thing I know I have a whole flock of doves hanging around eating pecans with the rest of the bunch. The wife sees all the doves and thinks I wounder if they will come in. They damn sure will she put some game corn by the door on the floor and the damn doves came right in the house to eat that corn. That's when no more critters are allowed in the house went into effect.
A few days ago I was feeding the critters and I'll be dang if a red bird didn't come flying up and sees whats going on with all the critters hanging around. 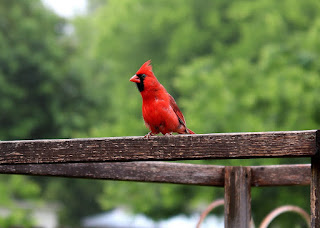 I toss him a piece of pecan and he flies over and gets it and  now he and his wife are coming by and getting real tame eating pecans. I had no idea all these critters liked pecans. Well what took the cake last night we where setting in the living room and look out the door and here is a coon eating a few crumbs of pecans and watching us. Just for the hell of it I opened the door and he trots off so I put a couple of pecans out on the patio and here he came eating the damn pecans. So the wife tosses him a piece of shrimp and he wouldn't eat it he liked the pecans better. I stood right there tossing him pecans and he kept eating them. He kept his distance and I kept mine. 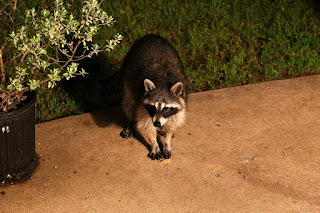 Without the squirrels close by me the doves won't come around but the other critters still do. I've noticed that they all watch each other and know what their actions are and what they mean. Its pretty neat for a bored ole fart to watch.

I got me a new computer.

I built my last computer in 2009 and had windows XP on it. I sure liked XP and didn't want to give it up, in fact I kept using it up until a couple of days ago it got slow as hell and it didn't want to do some things it used to and I had a ton of programs on it I didn't want to lose and really didn't like the idea of learning a new system. Us old folks don't like change. 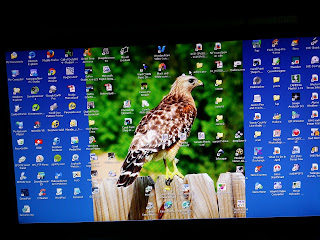 I told you I had a lot of programs.

So I go on Amazon and start ordering parts. I ordered up parts for a hot rod computer a little overkill for what I do but what the hell. I get me a unlocked 8 core processor, a Gigabyte gaming mother board, 32 gig of memory, a terabyte hard drive, a 750 watt power supply and a full windows install disk for Windows 7. I've heard to many people hating on Windows 10 so I stuck with 7. They will still update it until 2020 maybe they will come out with something better by then.
Two days later I get all my new toys. 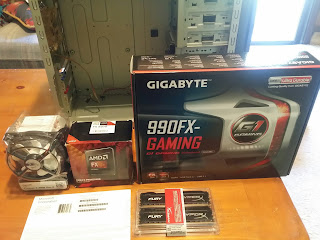 I put that rascal together 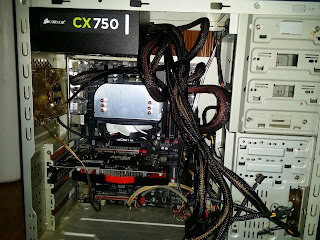 and head into the computer room and unhook my old computer and hook this new one up. I say a few prayers to the computer gods and hit the power button, that damn thing fired right up. I install Windows 7 and now spending my days getting files and programs onto it.

I've been feeding the squirrels out back to keep them from biting my tomato's and a lot of them eat out my my hand now. I noticed that the birds watch them and when the squirrels are around me eating pecans the dang doves come down around me and eat with the squirrels. The other day the wife tried putting a few kernels of corn on the floor by the door and the damn doves came in the house to eat corn. I guess word is spreading around the animal kingdom that we will feed them cause we had a coon come up to the door the other night. 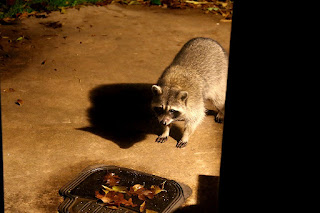