I've come to the conclusion that I'm a hoarder. With the crappie weather lately we have not taken the balloon out so I thought I would clean up my garage. I have my wood working tools and my rock blasting stuff out there and I have the bad habit of doing one project and switching over to another project without cleaning up my mess from the first one until I'm tripping over all kinds of stuff out there and have no room left to do any thing else. I don't have any where to put what I have so I rearrange my stuff in a neat order until I use something which is usually in the back of everything else that I've stacked up so I have to unstack stuff which I leave laying about however I unstack it and have a mess again. It is a never ending cycle.
I got the garage rearranged and stuff stacked real neat and was bored so I decided to tackle my closet. My closet isn't like a normal persons closet I have no clothes in there but I do have stuff in there. I use to have the bad habit of collecting stuff that was hot at the time and I was gonna get rich. About the time I bought it the price would fall out of the market and I was stuck with it so I just held onto to my collectible stuff until it is collectible again but the sad thing is they ain't collectible again. Like those damn TY Beanie Baby's I have a whole bunch of those things in that closet. When McDonald's came out with the little Beanie Baby's back in the 90's I ate I don't know how many damn burgers just so I could buy one of them little beanie babie's until I collected the whole dang set. That's probably why I'm having heart attacks now, anyway I have 3 whole sets of those little bastards by the time I collected the whole set of them they weren't worth anything. I have some bigger ones also same thing they ain't worth nothing so I just look at them and cuss.
Remember when those damn Furby's first came out in 1998? I do because it was around Christmas time and they were selling for over $100.00 on EBay. Well I was going to get rich off those little bastards I searched and searched and found a place that would sell me all I wanted for $50.00 apiece so I bought 7 of them. When the dang little furry SOB'S came in the mail the company that made them release a whole dang shipment of them and flooded the market with them, the price at the store was $19.95 a piece for them so the bottom fell out on them for me also. I lost my ass on those too but I still have them in the closet. 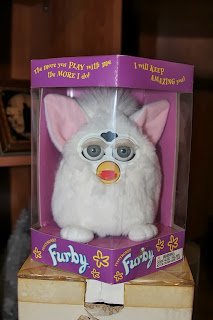 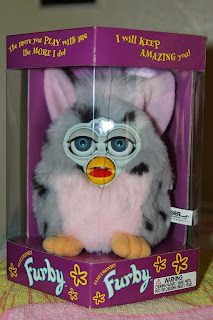 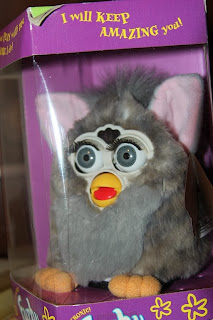 I have a Phillips 66 Truck Bank in the box. 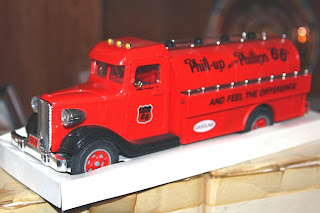 Remember the Budweiser Frog's I've got them to. 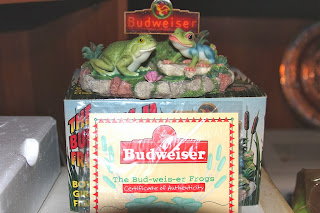 Let's not forget the M&M radio in the box. He wiggles and shakes when the radio is playing but it has never been used. 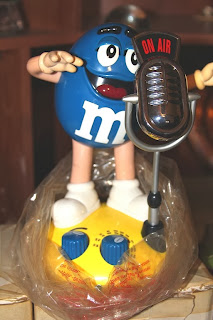 I have a ton of Joe Camel stuff also. I don't know how many Joe Camel Zippo's I have back there in my closet I just looked at them this time didn't count them. I've got a remote control R2D2 still in the box from the 90's in there I even found some 16 gauge shotgun shells back in there which they havn't made in a long time. I just rearranged everything so it looks neat until I get something out of there then it will be a mess again.
After I was through in my closet I tackled the spare bedroom with all my photography stuff. Did I tell you about my glass cutter for my picture frames I make. When I made my first frame I went to Lowe's and had them cut my glass for me and it dawned on me that this could run into some money having them cut glass for me.I fell in love with that great big ole hunk of metal glass cutting machine they had hanging in there. I buy me one of those little hand held glass cutters but I just couldn't get the hang of it so I got mad and bought me a glass cutter that takes up one whole wall of that bedroom. Damn that thing can sure cut glass. I rearrange stuff in there and it looks neat again until I need something from in there also. I made it into the computer room today and the closet in here is a trove of vintage Cd's from AOL from the 90's that for some reason I just kept never used them but I kept them. I have windows 95 install disks all the way up to Windows 7. Games I still have all the games that I had over the years and enough parts to build a computer all the way back to the old 486 probably. I even have a complete Compaq 66M computer from the early 90's with monitor and a complete Compaq 4/33I from April 30th 1993. The pricing for a 3/33i back in 1992.
A Deskpro 3/33i Model 120 (all of the above features plus a 33-megahertz i386DX chip and a 120-megabyte hard drive) will have a list price of $1,979, Compaq said. A Deskpro 4/33i Model 210 (i486DX-33 and a 210MB hard disk) will cost $2,549 a lot of money back then.
After looking in that closet and seeing some of whats in there I decided to wait awhile before I tackle that.
It has came to the point that its time to get rid of stuff. I'm thinking about donating the Beanie Baby's and some other things to a hospital if they will take them, put other stuff on eBay and just get me some more room. My collecting days are over.
Think I'll go see what else needs rearranging.