I.ve been putting water out for the critters. Seems this dang Bob Cat likes the hell out of it. I guess its good eating around the ole water hole. 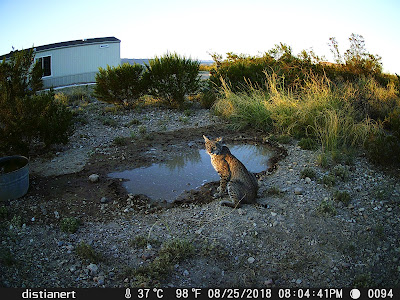 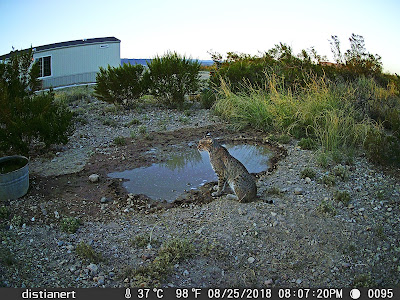 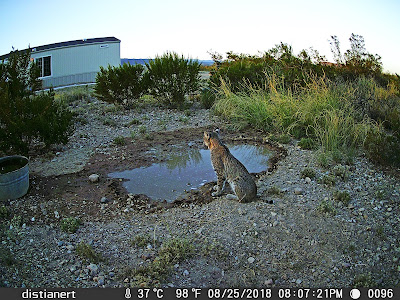 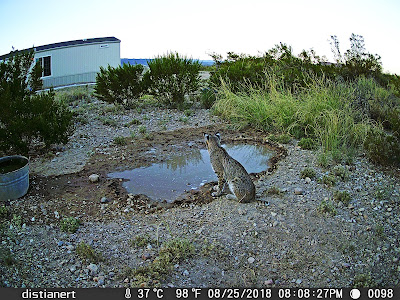 Moved to the ranch

Its been a long time coming but we finely moved to the ranch. The past few years has been getting ready for the move and deciding on what we were gonna live in out here. The wife wanted to build I wanted something I could walk in set down and it was done. So we settled on a mobile home. I have never had a mobile home before and was used to a stick built house. There is a world of difference in the two. After the trailer was delivered the sheet rock had 4 little cracks in it which I thought was pretty good since it came from Ft.Worth. After the setup crew came out I was fit to be tied. They didn't know what the hell they were doing and cracked the sheet rock in every room. I was pissed. The problem down here is if someone is coming down here from a big city to do some work most of the hired help are illegals. We have a check point you have to go through on your way home and the workers won't come down here. So we got a crew that was thrown together that was legal to set this trailer, of the six that showed up 5 had been in prison and one had just gotten out the week before, two hated each other and almost came to blows all day. The foreman sat in the truck all day and only came out to break up the fights. Toward the end of the day he put christen music on the radio to try to calm them down. The damn music didn't calm me down or them. I was ready to jump in the fray myself by then.
I have to take a blood pressure pill, I'll try to finish this up tomorrow.
Posted by Jim at Saturday, August 25, 2018 5 comments: