Bought this 94 Ford Ranger with 24,000 miles on it. The dang thing is like new and has only been driven to the Beer Joint once a week by a 85 year old man.

I bought it from my uncle and have to say I got a hell of a deal on it, gave $1,200 for it. This is the truck I wrote about a few years back that had just quit running on him and we took it to the Ford dealer who screwed him out of $1,400 saying they fixed it. They tried telling him it was the fuel pump and replaced it and it died on them so they tell him it was a bad pump and they had to replace the fuel line from the filler tube to the engine. My uncle never trusted that truck after he got it back from the dealer. So ever now and then he would drive it around the block so it wouldn't just sit. Well he called me up a few months ago and was sitting on the side of the road waiting for a wrecker to haul this truck home and he was fed up with it and was going to sell it. I said hell I'll take it and bought it from him. I had it hauled to a friend of mines place found out that the fuel pump fuse was acting up replaced that and it has been running ever since. The wife loves it so she is driving it every day.

When I set and do nothing like I have been lately I get to thinking about all kinds of things and most times it winds up costing me money.
I read where ole Billy Bob has this dang Mr. Heater so I get to thinking I bet that would work out at my place. So I head over to Amazon and ordered one. It should be here tomorrow. 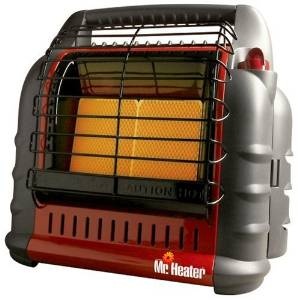 Before that I got to thinking about the time I hatched out a bunch of Quail. The damn things ate me out of house and home. Well I get to thinking maybe I can sell me some chickens or something if I just had me another incubator. Guess what I have setting in the spare bedroom. A damn incubator. I keep asking the wife if she wants some chickens but all she says is I don't want no damn chickens. When she cools off I'll see if she wants some turkeys.
She didn't get over all those quail like I did. I was new at hatching eggs and had to learn by trial and error and I had a few errors with those quail. It was before we had internet so it was trail and error.
I had built a brooder to put all those little quail in after they hatched so they would stay nice and warm. With all the feed and water in that brooder and the mess those quail made I had to clean it out real often. The first time I tried cleaning that brooder out I get to looking in there and thinking this ain't gonna be fun at all and then this idea came to me, I bet I can use a vacuum cleaner with a hose on it to clean that thing out won't take no time. So I grab the shop vac and shoo those little quail up to one end of that brooder and start vacuuming that dang thing out. Everything was going real good and I'm thinking this is going to be a piece of cake, then one of those little quail decides he wanted a closer look at that hose and before I could grab him swoosh he was gone. The wife said the look on my face was priceless but I was more concerned about that damn quail. I jerk the top off that dang vacuum and start digging through all the junk that was in there and there he was God that was one sad looking quail. To my surprise he was still alive and kicking lord was he kicking. I set that little quail down on the floor and all he did was run in circles I didn't know if he was dizzy from being sucked up in that long hose and maybe spun while he was on his journey from hell in that vacuum or maybe had a little brain damage I didn't know, but he ran in circles for 3 days and then he died. I felt so bad about sucking him up like that that I took him out back and gave him a nice little burial.

Bet You Thought I Died.

I ain't dead yet but felt like it a bunch this past few months. My damn back went out on me after that last trip to the ranch. So I have not felt like doing anything except setting on my ass which I don't like to do I'm a real hyper person and setting ain't what I like to do. I pushed myself until I had to quit ballooning and everything else. I went and got another shot in my spine and it didn't do nothing so I started looking for a back doctor that I can trust. I think I found one that is in the top 10 here in Austin. Set up a visit and they took x-rays and pulled up the MRI I had back in 2012 and tells me my back had gotten worst and he begins to show me the x-rays and says I need a operation to fix what is wrong with my back. Seems like I didn't treat my back very well through the years and just wore it out. The way he explained it, it sounds kinda like this.

Disc space gets smaller - due to the loss of water in the discs the distance between vertebrae begin to     collapse, which is why we get shorter as we age. So what he says is what is left of 2 disks one is pressing into my spinal column on one side and the one below it is pressing into it from the other side and I have bone spurs that need taking care of and the disks cut away from my spinal column.
Before he cuts on me I want to know if I can go back doing the things I've been doing which means lifting heavy things like a bag of concrete or swinging a pic you know what I mean. I can't set and wast away the rest of my life.

So all I have been doing since my last post is hurting. I wont take any of my damn pain pills because they stop me up like I have a cork stuck my well you get it don't you. So I don't take them. I do fine just sitting in the chair but as soon as I try to do anything I'm doubled over in pain so I don't do nothing.
Posted by Jim at Thursday, September 17, 2015 3 comments: